We are fortunate to have found an amazing new Cello teacher for Evergreen School of Music cello students.

Hanna Robbins is an award winning cellist and orchestra performer, she earned a BM in Cello Performance from the University of Michigan in 2011 and a MM in Early Music Performance in 2013 and we are excited to have her working with our cello students at Evergreen School of Music.

Hannah’s solo performances include appearances with;

In addition, as an accomplished Cello performer, Hannah was a member of the following Orchestra’s before coming to Colorado.

She currently performs with the Colorado Bach Ensemble and the Colorado Symphony Orchestra and encourages students with performance goals of their own. An experienced cello teacher, Hannah was an instructor in the Early Music Department at the University of Indiana from 2011-2013. 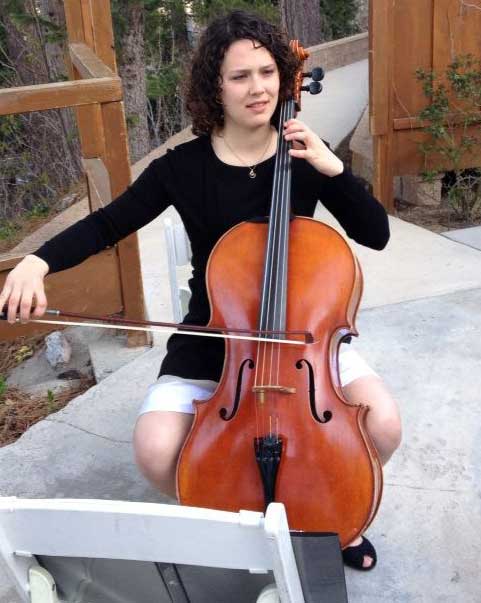